Their report, published in January, finds that:

This is the committee’s own summary of its report. The Committee on Climate Change, or CCC (not to be confused with CCL), is an independent, statutory body established under the Climate Change Act 2008. They advise government on emissions reductions targets and report to Parliament on progress made.

The report is 84 pages long, and if you fancy reading it, here it is: 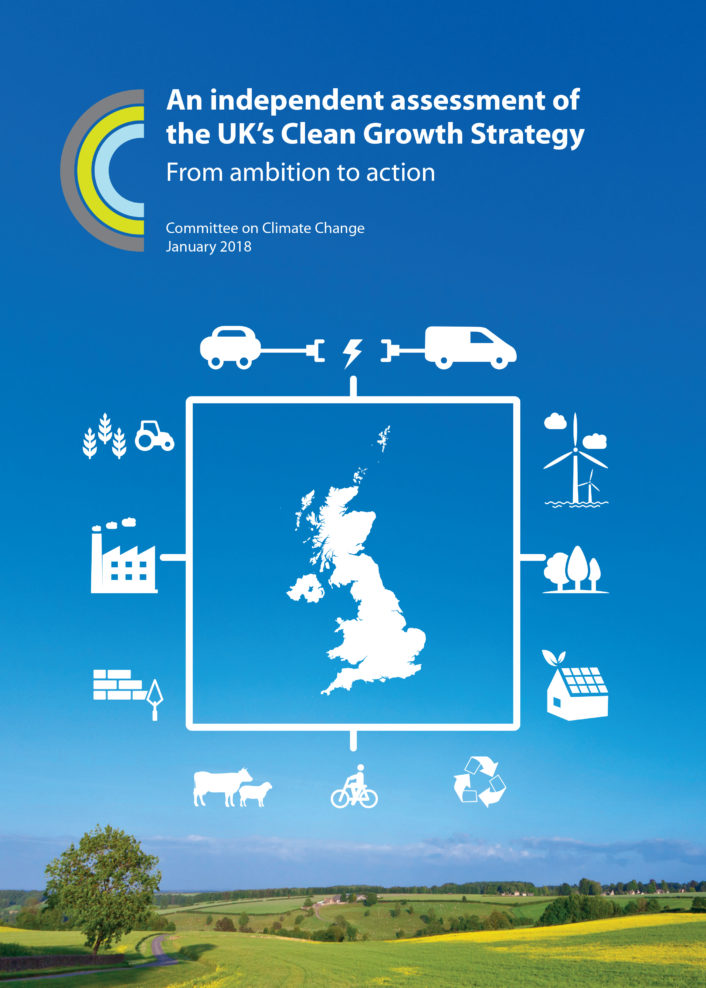 It didn’t receive that much coverage in the media, but it did get some. The Telegraph’s headline was

and they go on to say

Adrian Gault, the head of the CCC, said new policies need to emerge later this year, and be in place by 2020, to avoid a climate policy cliff edge.

As we reported last October, there’s a risk that without a robust and strong carbon price, coal could make a resurgence. The Government has pledged to phase out coal by 2025, but the strengthening of the UK’s carbon tax didn’t materialise in last November’s budget. Instead, Philip Hammond said the carbon price would remain at its current level of £18 per tonne. When the tax was introduced back in 2013 the idea was that it would rise to £30 per tonne by 2020 and £70 by 2030, but in 2014 George Osborne decided to freeze it at £18 until 2020. Hammond’s statement implies an extension of this freeze until 2025.

The report notes that the Government’s strategy relies heavily on imports of electricity from other European countries.

Imports of electricity to the UK have increased in recent years, largely due to the UK’s carbon price floor (currently £18/tCO2) having increased wholesale electricity prices in the UK, relative to other European countries. EU fossil-fired plants do not face this extra carbon price, and are not charged certain network costs that UK generators face, though they do incur charges for using interconnectors

For imports to be genuinely low-carbon they would need to come from surplus low-carbon generation.

The report mentions Professor Dieter Helm’s independent Cost of Energy Review, saying they have previously endorsed his call for an economy-wide carbon price, and whilst they’re critical of the complexity of the UK energy market, they say that the Capacity Market and CfD (Contracts for Difference) schemes are now well known to developers and provide them with some security, whereas

Replacing long-term contracts with an increased carbon price … is unlikely to provide a bankable revenue stream for low-carbon investors (the ‘Carbon Price Floor’, for example, was frozen one year after it was introduced). This would risk increasing the cost of capital to investors, raising the overall cost of procuring low-carbon generation.

genuine markets for long-term contracts for low-carbon generation are insufficient to support the scale of decarbonisation required by the UK’s carbon targets.

An escalating carbon price, as called for by Dieter Helm, CCL and others, and as the Carbon Price Floor was envisaged when introduced by George Osborne, is vulnerable to changes in government or to the whims of governments whereas a legally binding contract provides a greater degree of certainty.

However, they state that existing policies and proposals are not enough for us to hit our targets

That red bit is the gap that needs to be filled.

The Clean Growth Strategy is ambitious in its aims to build a thriving low-carbon Britain but ambitions alone are not enough. As it stands, the Strategy does not deliver enough action to meet the UK’s emissions targets in the 2020s and 2030s. The Government’s policies and proposals will need to be firmed up as a matter of urgency – and supplemented with additional measures – if the UK is to deliver on its legal commitments and secure its position as an international climate change leader.