Back in France, in 2018, fed up with the double hit of rising prices and taxes on petrol and diesel, protestors took to the streets. They wore high vis jackets, or gilets jaunes, something which French drivers are required to keep in their vehicles by law, and made international news.

The taxes to which they objected aimed, in part, to address climate change.

Their response was a grassroots and popularist movement based on economic justice rather than opposition to carbon taxes.

As we advocate a carbon fee at CCL the reaction in France is very relevant and makes the dividend aspect of our policy critical to avoid a UK version of the yellow vest.

Can CCL make a populist movement work for Climate Income, rather than against it? 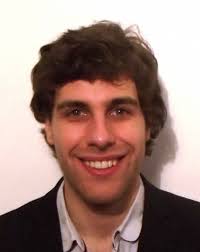 Adrien Fabre (CCL France) previously from the Paris School of Economics (and the Université Paris 1 Panthéon-Sorbonne), and now ETH Zurich, has researched this and will be our guest at the next national monthly meeting.

Adrien has a background in research on public attitudes to climate change and the policies required to address it.

If you haven’t already signed up to 2021 monthly national meetings, register here.